A few weeks ago in class, we saw an episode in the BBC series "The Virtual Revolution". The episode was called "The Cost of Free" and was about how most people didn't realize how much of our online activity that is being watched, made a record of and used for commercial purposes.

As some of the kids interviewed in the programme said: "We use the search engines and social media for free and in return they get to send us tailored ads on Facebook and the like. We think that's a fair deal". I must say I'm with the kids on this one. I'm just not frightened by the fact that Facebook somehow can detect that I’m searching for a deal on holiday houses in Tuscany, and uses this information to put ads for villas in Florence in the Facebook sidebar. 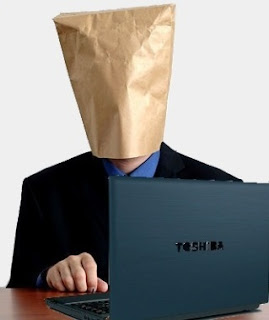 People who do get worried point to the fact that this means there’s a huge amount of data stored about my internet use somewhere, and that this could be misused if it fell into the wrong hands. And this is true. I’m sure there would be embarrassing bits if someone managed to make my entire Google search history public. For some, it could even be dangerous.
There are two main reasons I don’t worry. If some unsavoury character should somehow get hold of all this information, my internet history would be one among billions. Why would they worry about little old me? I’m surely not that interesting. Someone will probably be run over by a car somewhere in the world in the next hour, but I don’t spend time worrying if that will be me either.

Some people get very upset with all the CCTV cameras there are in the public space these days, feeling that it’s an invasion of privacy to be filmed wherever you go. I feel safer with all the cameras. If someone were to kidnap me, those cameras could help the police track down the culprit! (At least that’s how it works on TV).

The other reason is that there are other databases with far more sensitive information about me that already exists. There’s information stored about me somewhere detailing my hospital records, my personal economy (in Norway all tax records are made public), where I travel, what I spend my money on, who I vote for and criminal records for some people. Even if I never even went online, these things will be stored about me, and I don’t really worry about that either. Possibly because I don’t really feel I have that much to hide.

Linn
Hi! I'm a student at Westminster University doing a Master degree in public relations. This blog is a part of our course, and will be about current issues in PR. I have a background in journalism, but think it is interesting to get to know more about "the other side".

Blogposts from my fellow students